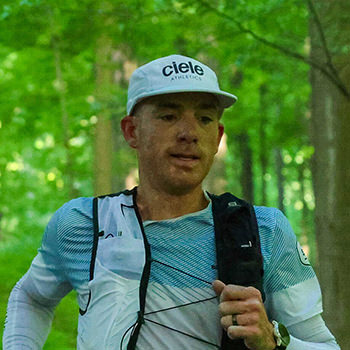 Reid is a 2-time Olympian and 14-time Canadian champion at distances from the 5k to the marathon. After his last marathon in April of 2021 he started to focus on trail ultra marathons, winning his first one, QMT 110km, in August 2021. Since then, he has learned a lot, which one does when races don’t go to plan. Reid started coaching in 2013 and kept his roster quite small until 2020. Since turning to ultras, Reid has been trying figure out as much as he can for his own pursuit and has started guiding some other ultra runners as well. 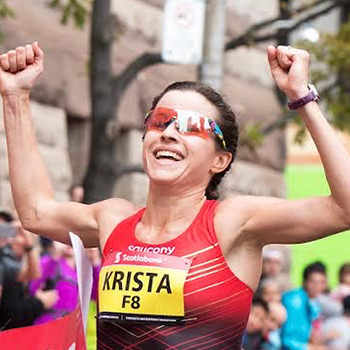 After playing hockey at the University of Guelph, Krista returned to running, deciding it’d be fun to try a marathon. Since returning to running Krista has run 20+ marathons, has 3 children, a near career-ending injury, Olympic Games marathon, 3rd place Boston Marathon finish, and a Canadian 50 km record. Krista continues to love the sport and hopes the same for others. Krista will guide and inspire runners of all abilities with a patient and positive approach, encouraging an active and balanced lifestyle through all ages and stages of life while working diligently, having fun, enjoying the running community, and experiencing gratitude and joy in their pursuit. 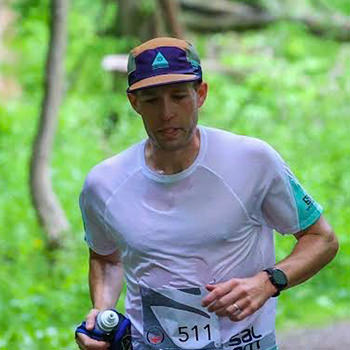 Jordan was a fast junior over the 5k distance and had a solid varsity cross-country and track career at McMaster University where he studied Kinesiology with a focus on exercise physiology, sports injuries and biomechanics. After graduating, Jordan moved up in distance and got into trail and ultra races. He has raced a handful of ultra marathons including races in Europe and South Africa. For the past few years Jordan was the manager at the Runner's Den in Hamilton where he coached their running clinics. As well as leading the running clinics Jordan has been a personal run coach for several years. 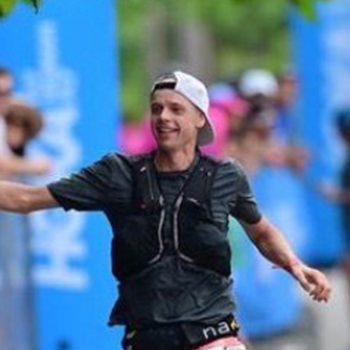 Dave is a UESCA certified running coach and has experience coaching trail and ultra runners for 5 years. He is a 100-mile mountain specialist who has won big races such as UTMB Puerto Vallarta 170km in 2022 and Run Rabbit Run 100 Mile in 2021. As well as wins at Sinister 7, Golden Ultra and runner up at Javelina Jundred he’s recorded top 10’s at Canyons 100km, Chuckanut 50k and Run The Rut 50k. Dave lives in Nelson, BC and brings real mountain knowledge and experience to the Coolsaet GO coaching team.

Athletes giving feedback on the service and results

“Reid's coaching is the best I've received in my nearly 20 years at the sport. His training plans are thorough, detailed, flexible, and balanced. While he understands my needs as a parent and aging athlete, I find him reasonably expecting and inspiring me to do more. His credentials speak for themselves and he is able to use his passion, knowledge, and experience to help set exciting and appropriate goals with a wide variety of athletes”

“As one of Canada’s most experienced elite distance runners Reid’s name has been synonymous with performance, and I’ve seen first hand how he is able to channel his years of knowledge to help improve runners like myself who want to get to that next level.There is no question that under his coaching you’ll get your PR’s, new distance goals or Strava KOM’s, but crucially I’ve found Reid’s biggest asset as a coach is his ability to inspire the belief that you are far better than the limits we put on ourselves.Goals that seemed “out of the wheelhouse” are suddenly possible.”

“Reid’s guidance is priceless. His experience is highly valuable and an asset to his coaching program.”